How Technology is Improving Public Safety

Around the world, law enforcement agencies including Australia, are looking to break the reactive nature of crime cycles by investigating and harnessing the latest trends in technology to better respond to, predict and prevent crimes from happening in the first place.

In recent years, technology used in law enforcement has accelerated quickly, making a significant difference to police efficiency and public safety. According to the Australian Bureau of Statistics, the number of victims of crime recorded between 2016 and 2017 decreased for the majority of offence categories, with the exception of Sexual assault and Robbery.

Examples of these technologies are already in use on our roads, with speed and safety cameras recording incidents and automating the issuance of speeding and traffic fines. There are also body-worn cameras, which use facial recognition software to enhance the capability of police foot patrols, and technology which estimates the ground speed of individual smartphones to help police estimate crowd density and react to crowd-related crimes more quickly.

However, the real hero in all of this, the technology that is transforming every major industry, is data. 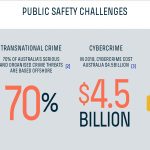 The role of data in protecting the public

Data and analytics are already playing a significant role in predictive policing (pinpointing people, places, and times at increased risk for crimes), as well as in risk-based bail setting and sentencing.

In the UK, Police in Durham partnered with credit reporting agencies to predict whether criminals would re-offend. The Harm Assessment Risk Tool (HART) powered by Artificial Intelligence, uses data from 34 different categories covering a person’s age, gender and offending history, to rate suspects as low, medium or high risk of offending or re-offending in a two-year period.

Closer to home, the Australian Crime Commission (ACC) developed a big data system that looks for trends and patterns across the nation, including scanning huge amounts of data for signals of emerging criminal threats. The crime prediction model looks to identify where people could be working better together and agencies who are working on the same problem who can be put in touch to help connect the dots faster.

Tasmania Police have made substantial investments in NicheRMS™, a unique software provided by Niche Technologies, which enables law enforcement agencies to report, prevent and solve crime using a specialised police Records Management System (RMS) that is being adopted by a growing number of police agencies around the world, including the UK and US. Using the software, officers can report and access data from wherever they are, data is shared and analysed across areas, and incidents can be better understood, reviewed and preventative action taken.

The partnership which was announced in 2018, “represents a significant step forward for Tasmania Police and will ultimately result in a safer working environment for police, and better outcomes for our communities,” said Commander Mark Mewis, Tasmania Police Program Director.

The NicheRMS system is in its early stages for Tasmania Police, however in major cities like London, the technology has delivered savings of £1 million to the City of London Police as well as improved business processes, and helps Police deliver better protection for its residents through accessible data sharing. 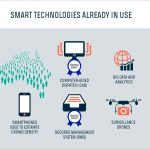 What does this mean for public safety in Australia

In 2015, there was public outcry surrounding the death of 11-year-old Luke Batty, brutally killed by his father in public view in Tyabb, South of Melbourne.

After an inquest into the cause of death by Coroner, Ian Gray, the findings addressed a lack of consistency in risk assessment tools, delays in information sharing and missed opportunities to identify and note red flags.

Gray’s findings made frequent mention of mental health and family violence, suggesting Victoria Police integrate into their database a way of signalling concerns about the mental health of a perpetrator, and develop criteria for identifying high-risk family violence offenders and mark such people as red flags within their internal databases.

In the case of Luke Batty, Gray found that information was not shared between and within the child protection, police, and justice systems about outstanding arrest warrants or serious threats Anderson had made towards Batty.

In examples like this, and in emergency response and critical incidents, technology plays an important role in making cities safer by connecting people across organisations.

Speaking to Business Insider Australia, Maria Milosavljevic, previous Chief Information Officer for the Australian Crime Commission (ACC) said, “Information is our greatest asset and our future will be determined on the basis of how well we exploit information.”

“We are using predictive analytics…because our remit is serious and organised crime, it’s really about looking at the threats around those elements and identifying where the threats are increasing and where we need to actually act.

For us what’s changing is it’s allowing us to respond more quickly, identify risks more accurately and provide information to our partners in a more timely way,” said Milosavljevic. 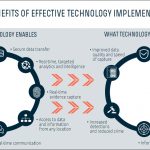 Public safety depends on multiple services and systems working well together. However, the challenge is and has always been, that there is no overall view of risk, no single responsible authority, and no unified funding that spans across public and private sector services and levels of government.

Hexagon’s technology currently helps to protect one in 12 people around the world by providing connectivity between systems, collaboration between teams, and greater intelligence in operations, which leads to sustainable solutions and more accountable services.

Hexagon currently works with agencies like the US Marine Corps and the US Army, enabling smarter and faster operational decisions for base safety and security.

The organisation unveiled its Intergraph InSight in 2018, it’s latest innovation that creates a single data source which users can explore, analyse and share through interactive dashboards and reports.

CLICK HERE TO DOWNLOAD our latest infographic which takes a look at new challenges facing law enforcement agencies, future trends in technology, and how the latest innovations can be used to improve efficiency and crime rates in Australia. 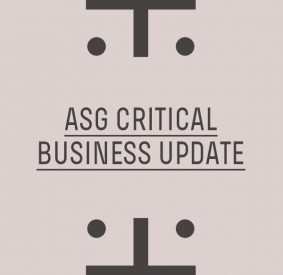 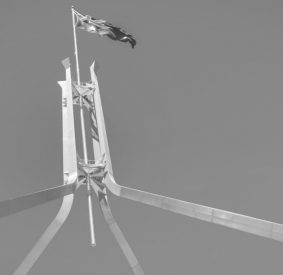 Is Cloud the Cure? Why IT Leaders are Accelerating Migration to Public Cloud 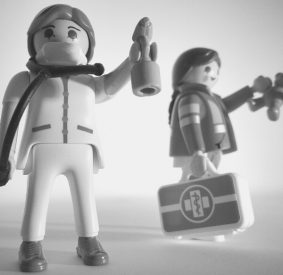